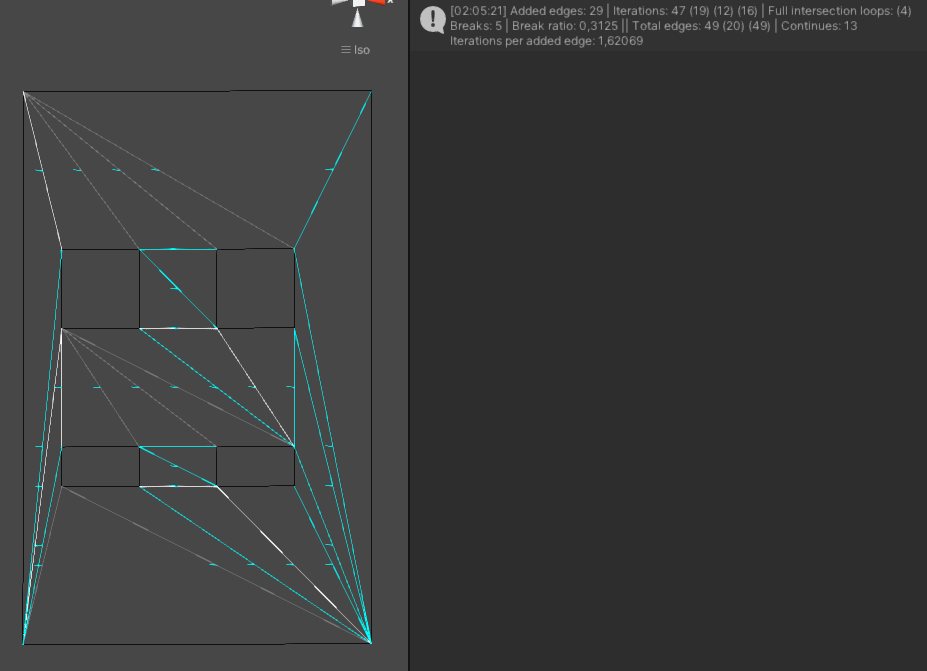 This is vehemently technical, but a big part of this here game is its game world, and of which is supposed to be as procedurally generated as possible. For that, big optimisations are need'd to allow creation of tens of thousands of structures and assorted organics like trees, bushes, shrubs, and so forth.

One of those optimisations is within the triangulator for non-monotone polygonals. By reducing the amount of iterations needed as much as possible, the creation step for filling in polygonals with triangles has become a lot more efficient from previously used frameworks. The above-portrayed triangulation took only 0.12ms to do. That is not that bad for this kind of polygonal, however it can be improved with a constrained Delaunay-step after this to get better triangulation with less sliver-triangles. However, that is (potentially) for later. First it needs to be implemented and proved to work, then the builder needs to be able to handle switching between meshing by polygonal and meshing by primitives.

Also this has attracted attention from quite unlikely sectors within the technical construction industry, so going forth I will be focusing a bit on this for that, but it is a great opportunity to show what this game will be capable of, and also to hopefully be able to have something that can be licenced out. I need that developer money... ;w;